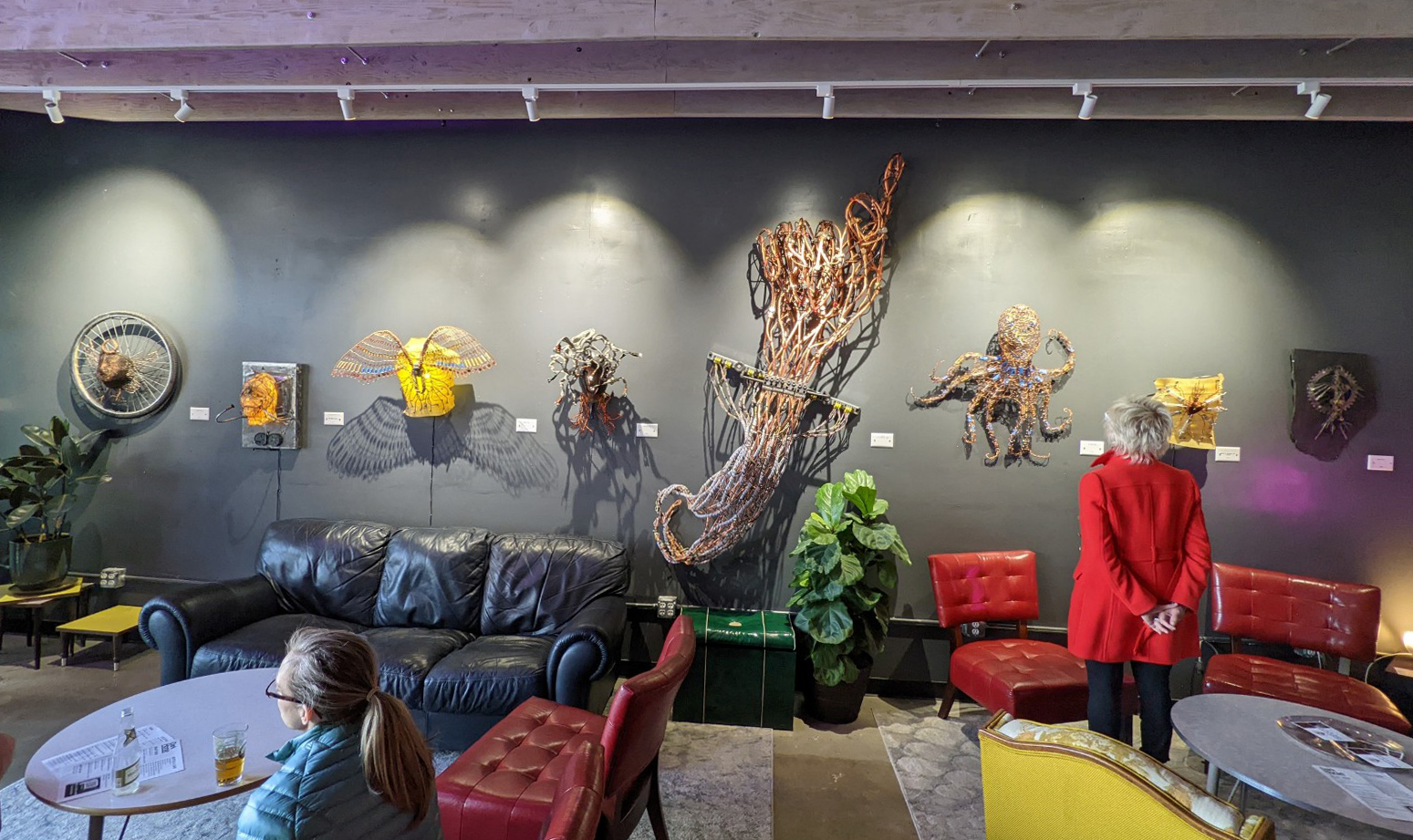 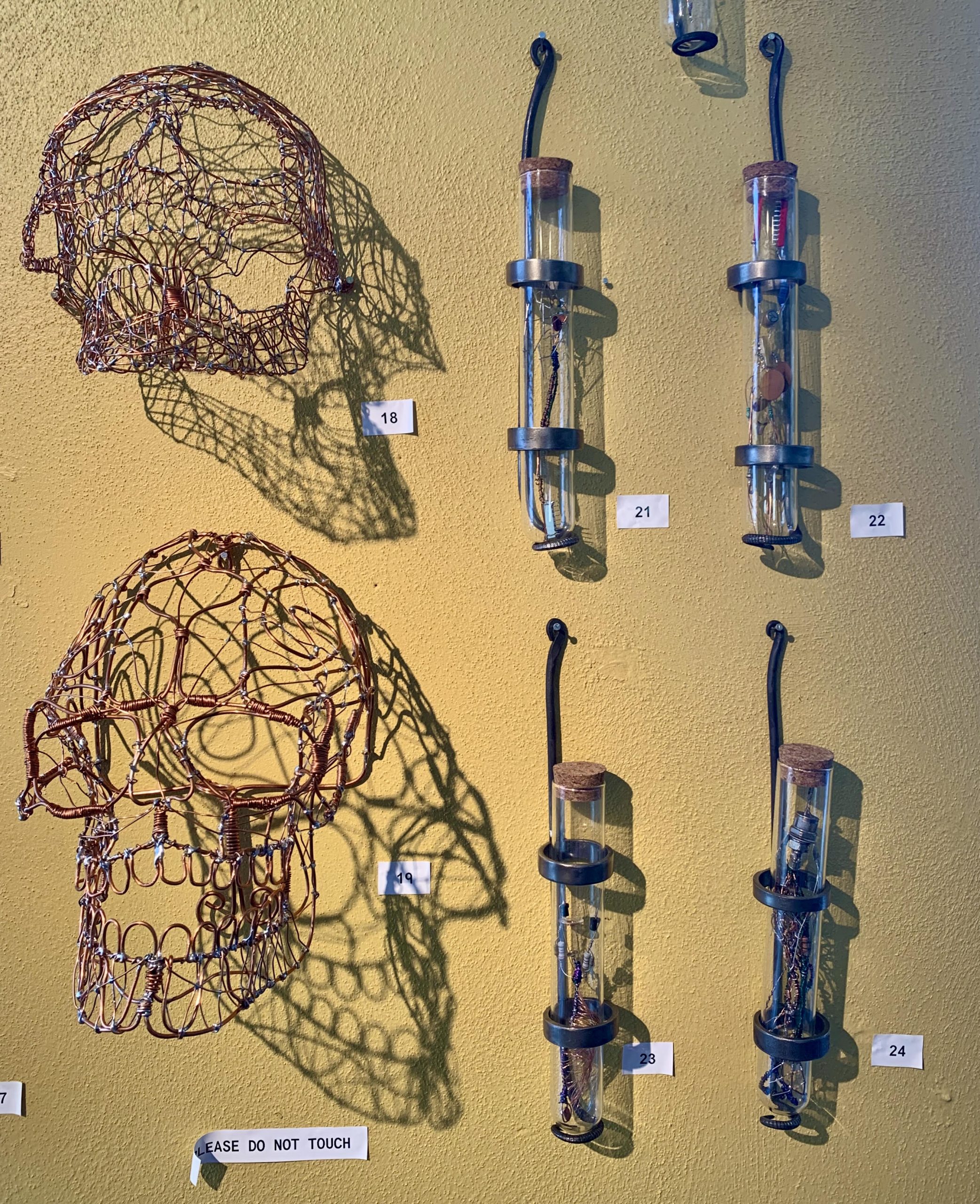 This is the second show at Parched Eagle brewery, the first was primarily mosaics. This show focused on more wire assemblages. 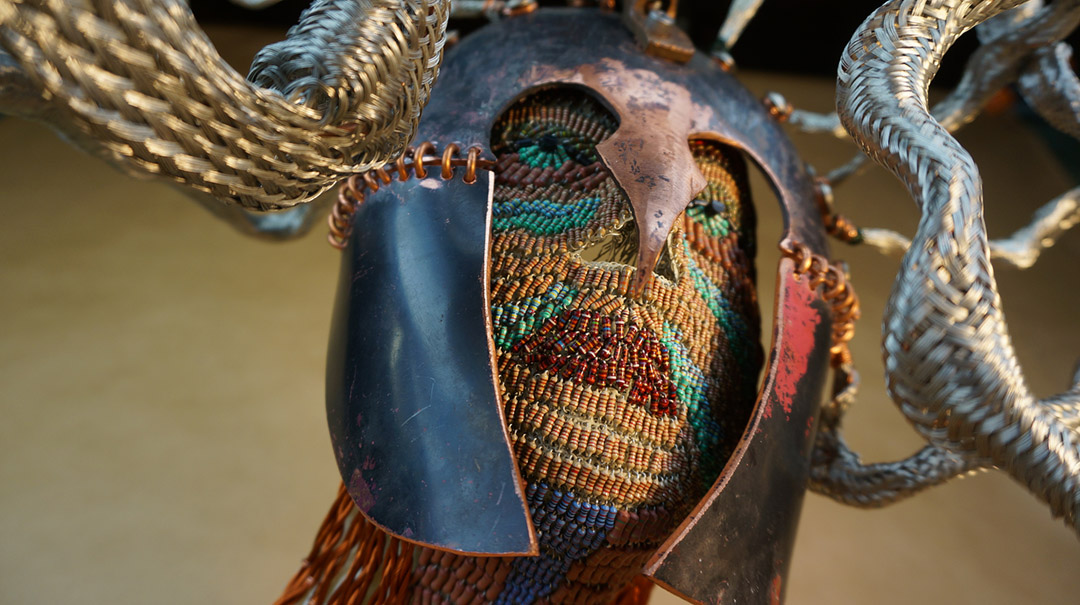 Gorrigan is inspired by two ancient and mythical female figures. Morrigan is a Celtic goddess of death and battle. Medusa is a well-known Greek character, but storytellers have been unfair to her. She was beautiful, and she was raped by Poseidon, and then his wife, Athena, took her anger out

It’s rare that a temporary art installation gets much media coverage, but The Swimmers were actually covered by local media. Madison BLINK grants support short-term public art, and The Swimmers were installed in a “secret” location, only visible from Wingra Creek and the bike path alongside it. It was “the 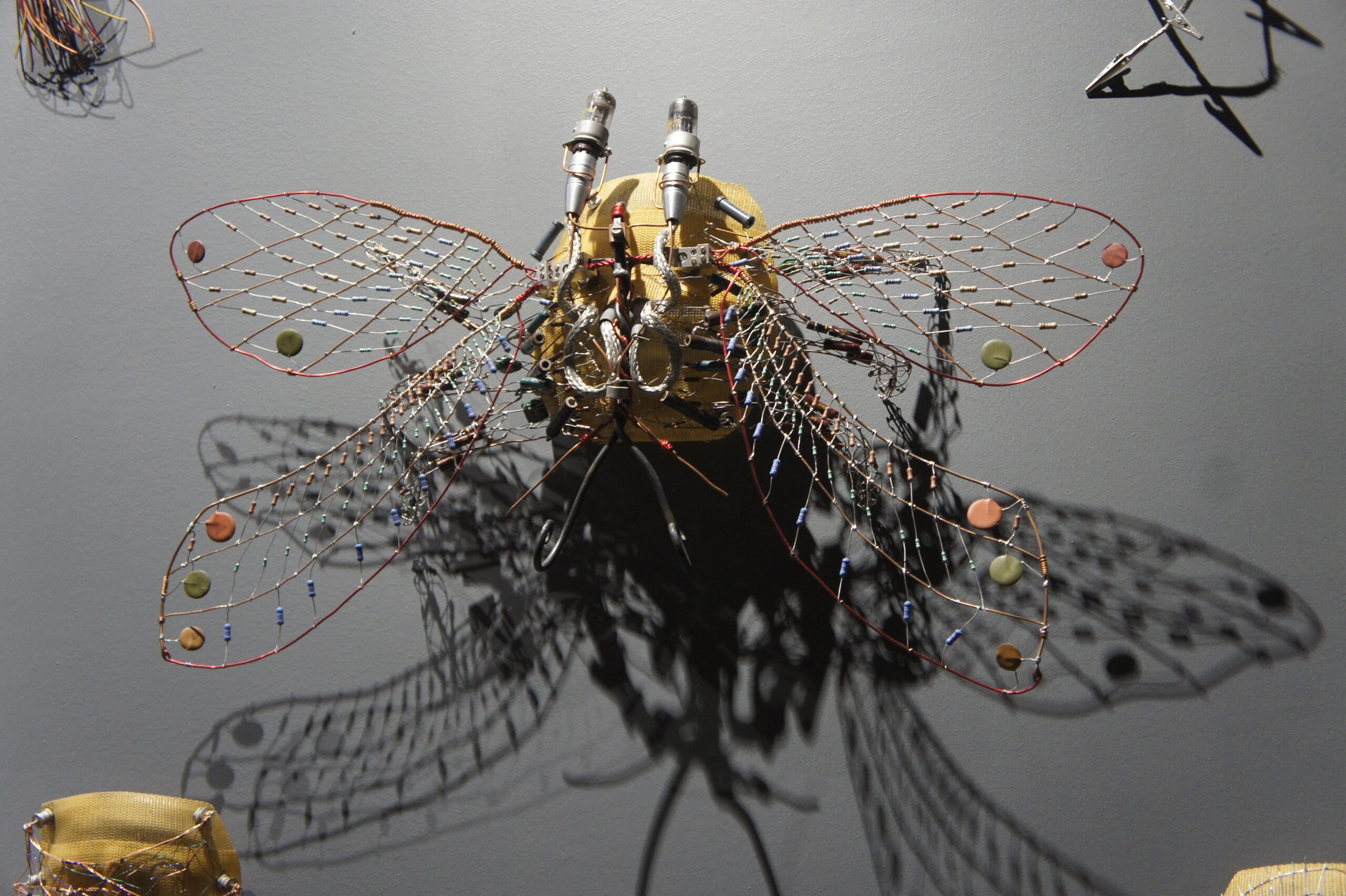 Murphy joined other local artists to create a unique exhibit in a unique space, the Crucible night club in Madison. The venue is known for its celebration of the creativity of its patrons, hosting many different themed nights that encourage adventurous self expression. The black box venue with its club 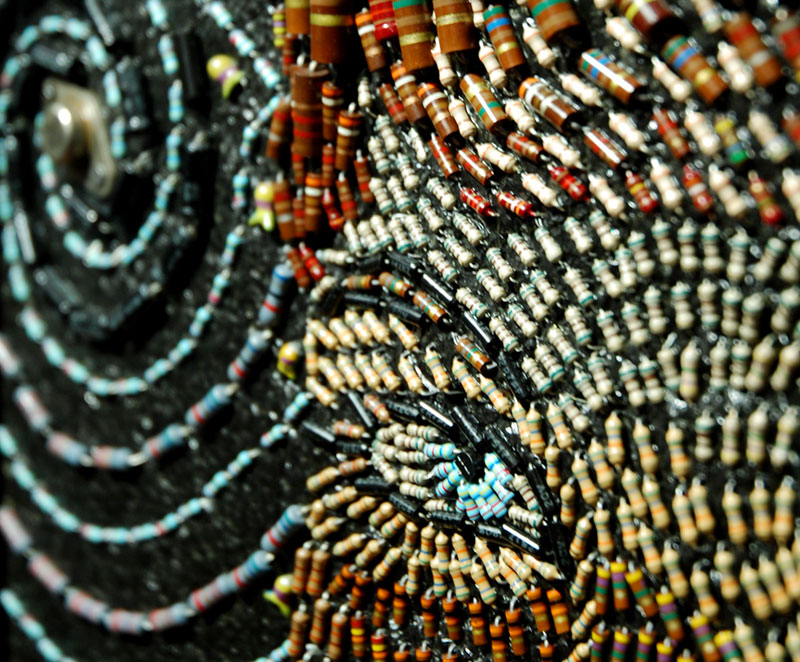 “Carbon Compositions” is a series of electronic mosaics by C Murphy installed on the second floor of the Madison Public Library. The show runs November 7th through December 23rd, with an opening celebration on November 19 from 8 to 11 as part of the Madison Bubbler’s Night Light event series. 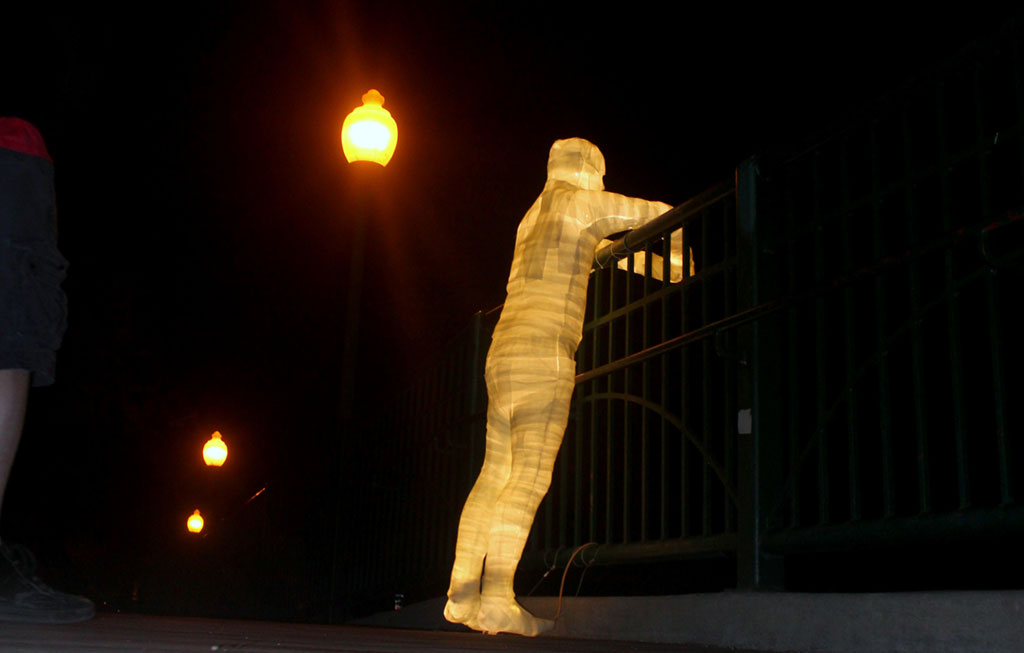 Yahara Reflections is a public art exhibition highlighting the history of Madison’s Yahara River and Parkway. This figure is one of six pieces installed along the river. The glowing man is on the bridge at Jenifer Street, gazing at the river. The concept is a double entendre of the physical 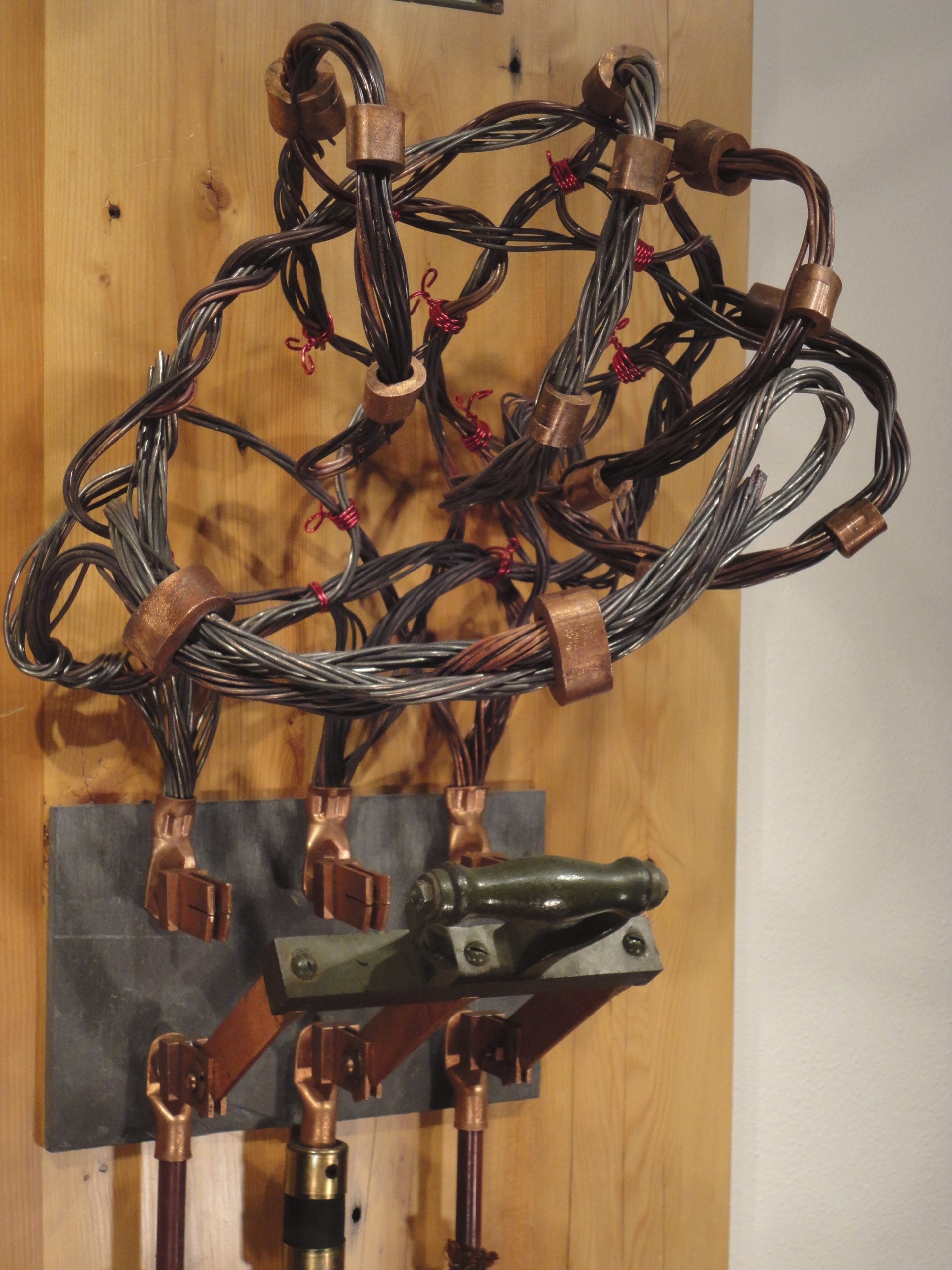 Cold weather does me good

I often view the onset of cold weather with the excitement of getting serious studio time in and this year I have finally gotten my studio set up for making projects quickly. The Post Industrial Ephemera series is more of an exercise to come up with compositions using material on 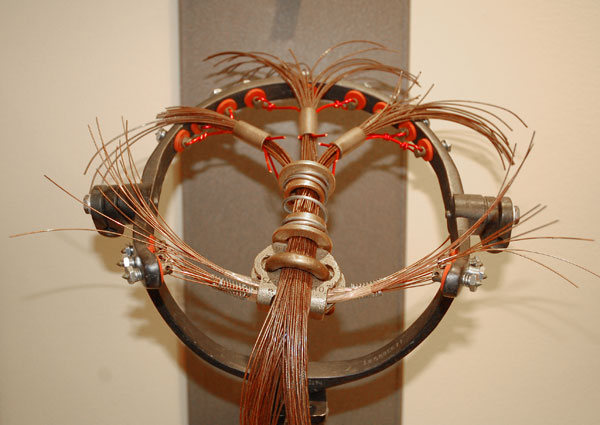 The opening last Friday night was a great mix of fun and re-established connections. I always joke that there are only 100 people in Madison, but seeing friends of mine who I know from different circles greet each other with warmth and obvious connection added an extra energy to the

ArtPrize is a public art event in Grand Rapids, MI. ArtPrize is a competition, but the voters are the public. Any place can be a venue, and the whole city becomes a gallery from September 18 through October 6, 2013. I will be showing at  The B.O.B., 20 Monroe Ave NW